When you type the term “bike jersey” into the search field at Etsy.com, most of the results you get are, in fact, bike jerseys.

That may sound like “dog bites man” news. But not long ago, running such a search at this e-commerce site for handmade and craftsy goods would have yielded a torrent of irrelevant results—a necktie covered with tiny embroidered bikes, a baseball jersey, a vintage New Jersey bicycle license plate. Given the high proportion of sales driven by first-page rankings from a desktop search, useless results mean lost revenue, says Etsy technology chief Mike Fisher: “I’ve got to be very narrow very quickly, or else I lose you.” 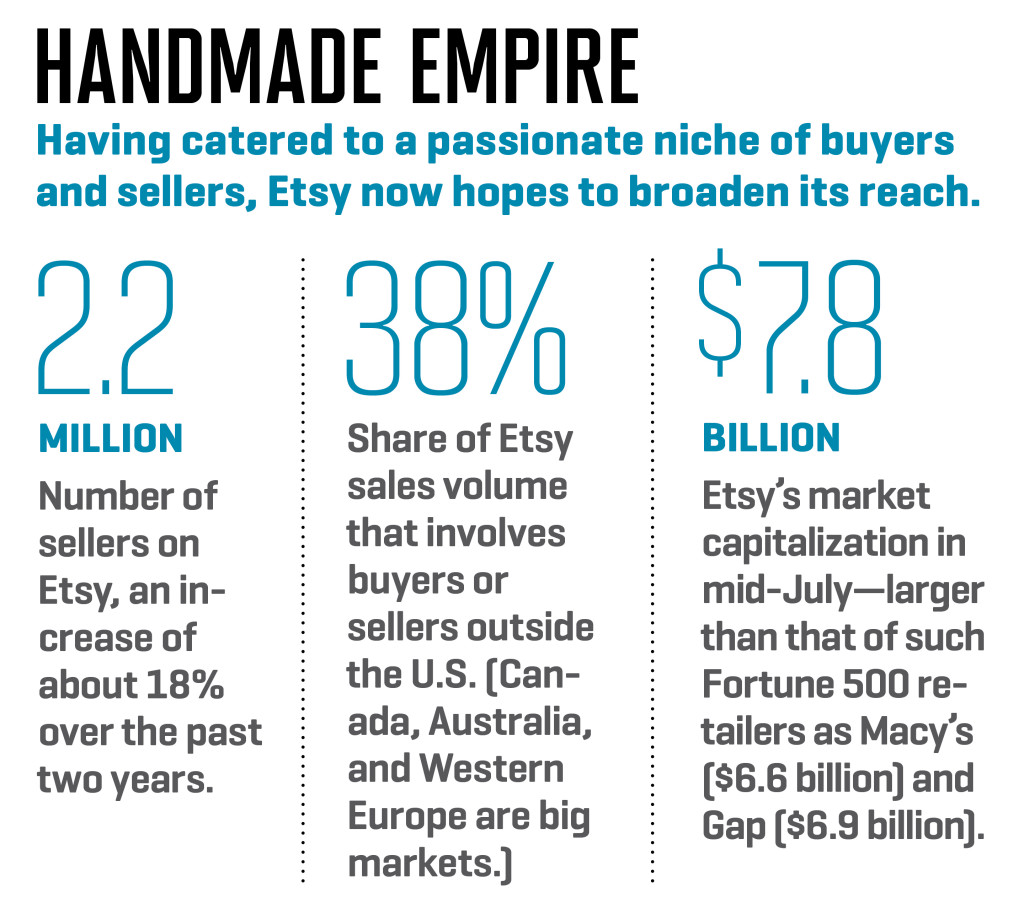 Better search results are a technological victory for Etsy—and increasingly a financial one too. The site has 60 million items for sale at any given time, from prosaic goods like oven mitts and coasters to oddities such as clothes for dogs­—like the sweater CEO Josh Silverman recently bought. The company, which launched in 2005, has earned cultlike devotion from sellers and buyers alike for its “keeping commerce human” ethos and its focus on small vendors rather than big corporate conglomerates. But Etsy is enjoying a striking turnaround, thanks in part to an effort to give customers the consistent, reliable experience they’d expect from … a big corporate conglomerate.

Much of that turnaround has happened under Silverman, a 50-year-old tech veteran. Since taking the reins in May 2017, Silverman has moved to improve search, payment and checkout, and shipping—the nuts and bolts that build customer trust. Etsy has also managed the difficult feat of increasing the share of each sale that it keeps for itself without driving sellers away. Revenue has risen 65% in two years, reaching $604 million in 2018. The company has also been profitable for two years, and the stock is up fivefold during Silverman’s tenure, giving Etsy a market cap bigger than that of Macy’s or Nordstrom.

Retail analysts see even more upside. “There’s a lot of great merchandise in the long tail,” says Forrester principal analyst Sucharita Kodali, referring to products that aren’t bestsellers but whose consistent sales contribute a big chunk of Etsy’s revenue. Etsy is no less quirky than it was—you can still buy, say, a taxidermied mouse posed in a tiny bathtub. But as Kodali notes, it’s starting to feel less and less like a “flea market.”